The dominant state. The Gent revolt (1449-1453) in nineteenth and twentieth century historiography

In this survey of the historiography of the Gent revolt (1449-1453), the author argues that the position adopted by historians in the nineteenth and twentieth century was largely determined by their own views about government. The romanticists, in their historical accounts, reflected their own time, namely the legitimate resistance of Dutch freedom-fighters against a Francophone oppressor. While nationalistic positivists regarded revolts as a threat to the mediaeval state they adored. In the face of tumultuous events, post-war historians identified undemocratic values in the contemporary constitution and subsequently abandoned the legitimizing discourse of the ‘modern state’. As a result of the tendency in twentieth-century politics towards more consultation and more spectacle, late-mediaeval street violence was assessed in a more positive light. Ritual violence was seen as a social action. The author concludes that the historians’ opinion about the violence executed by the government as well as the collective action of the subjects was dominated by their view of the state under which they themselves were living. 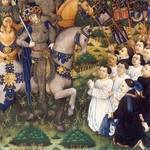