The elusive Netherlands. The question of national identity in the early modern Low Countries on the eve of the Revolt

The Elusive Netherlands: the Question of National Identity in the early Modern Low Countries on the Eve of the Revolt

The idea of the Burgundian-Habsburg Netherlands having any sort of national identity is usually met with understandable scepticism. The constitutional obstacles to the construction of such an identity were formidable, not least the piecemeal formation of the Burgundian dynastic state, whose prince owed homage to the kings of France and to the Holy Roman Emperor for their territories, and some of whose subjects could still seek justice in ‘foreign’ courts . Not surprisingly the early modern Low Countries baffled foreigners, but even those thoroughly familiar with the region did not know whether it belonged to ‘Gallia’ and ‘Germania’, and in particular how the Habsburg Netherlands related to an entity as vague as ‘Nider teutschelant’. The rich yet problematic nomenclature for the Low Countries testifies to these difficulties, which were aggravated by the protean configuration of the Habsburg state and by uncertain relationship between ‘Dutch’ and ‘Teutsch zung’. The state-building activities of Charles V certainly did not resolve the political and cultural confusion, but by 1555 these had helped to foster a stronger consciousness of the Low Countries as a distinctive political community, especially in the ‘core’ provinces. On the eve of the Revolt this found expression, ironically, in the emerging opposition to the presence of Spanish soldiers and to the central government’s religious policy. 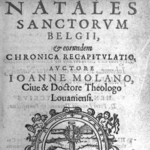